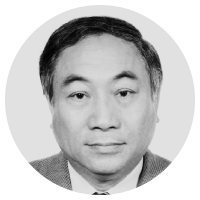 Professor Chen is a Vice-Chancellor of University System of Taiwan and the Director of UST Office of Research Integrity, and an adjunct professor in Institute of Microbiology and Immunology, National Yang-Ming University. He is a medical entomologist and works on mosquito biology and control of vector-borne diseases. He was the director of the Department of Parasitology and Tropical Medicine in three universities, namely National Defense Medical Center, National Cheng Kung University and National Yang-Ming University. Prior to the Vice Chancellorship, Professor Chen was Dean of Academic Affairs and Dean of General Affairs in National Yang-Ming University. He also is a Co-PI of a national project of Education and Implementation Mechanism of Research Ethics in Taiwan’s Higher Education, supported by Ministry of Education, Taiwan. This program serves as a pioneer in forming a well-organized ethics education system in Taiwan. He has co-organized international workshops on research Integrity held in Taiwan in 2010, 2013 and 2017. He will take the local lead role in the organization of APRI 2018 to be held in Taipei.