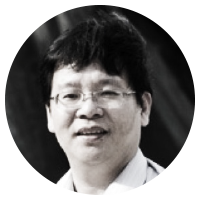 Professor Jason Yi-Bing Lin received his Bachelor’s degree from National Cheng Kung University, Taiwan, in 1983, and his Ph.D. from the University of Washington, USA, in 1990. From 1990 to 1995 he was a Research Scientist with Bellcore (Telcordia). He then joined the National Chiao Tung University (NCTU) in Taiwan, where he remains. In 2011, Lin became the Vice President of NCTU. Since 2014, Lin has been appointed as the Deputy Minister of Ministry of Science and Technology, Taiwan. After 2016, he become a lifetime Chair Professor of NCTU. Professor Lin is also an Adjunct Research Fellow, Institute of Information Science, Academia Sinica, Research Center for Information Technology Innovation, Academia Sinica, and a member of board of directors, Chunghwa Telecom. He serves on the editorial boards of IEEE Trans. on Vehicular Technology. He is General or Program Chair for prestigious conferences including ACM MobiCom 2002. He is Guest Editor for several journals including IEEE Transactions on Computers. Lin is the author of the books Wireless and Mobile Network Architecture (Wiley, 2001), Wireless and Mobile All-IP Networks (John Wiley,2005), and Charging for Mobile All-IP Telecommunications (Wiley, 2008). Lin received numerous research awards including 2005 NSC Distinguished Researcher, 2006 Academic Award of Ministry of Education and 2008 Award for Outstanding contributions in Science and Technology, Executive Yuen, 2011 National Chair Award, and TWAS Prize in Engineering Sciences, 2011 (The World Academy of Sciences). He is Chair of IEEE Taipei Section. Lin is AAAS Fellow, ACM Fellow, IEEE Fellow, and IET Fellow.