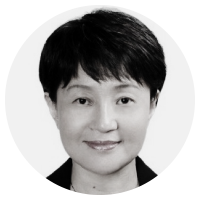 Professor Huang is the Chairperson of Human Research Ethical Committee (HREC) and Vice Director of the Research Center of Humanities and Social Sciences at the National Cheng Kung University (NCKU). She joined the University in 1989 after her graduate studies in Nursing at National Taiwan University, and received her PhD degree at University of Washington in 2001. Her 21 studies ranged from pediatric nursing, care of the family with genetic or chronic disease, transcultural nursing and clinical ethic issues. She is familiar with combination of different research method to deal with the exploring issues, such as survey, intervention study, qualitative research, action research et al.

Professor Huang was the member in the founding committee of HREC at NCKU, and chaired the committee from 2013. The HREC at NCKU was established on 2010 supported by the Ministry of Science and Technology, Taiwan. Currently this committee is responsible for reviewing research ethics for 54 universities in Southern Taiwan. While working as a chairperson of HREC at NCKU, she guided the office to accomplish the goals of providing high quality of research ethic review, consultation and education. Under the efforts, the effects showed on promoting the climate to respect and protect the research participants among the scholars of humanities and psycho-social disciplines.

Professor Huang has been a join appointment as the Director of Department of Nursing at NCKU and Nursing Department of NCKU Hospital. During the six-year term, she successfully made integrity of academic and clinical services, and establish the model of advance practice nurses in nurse practitioner and case manager in cancer care at NCKU medical center. She has been the president of Taiwan Association of Nursing Education (TANE) during 2010-2016. Currently, she is a committee member of Ethics and Governance Council (EGC) of Taiwan Biobank, and nursing consultant of Ministry of Health and Welfare, editorial board member of Journal of Nursing Research, Nursing and Health Sciences, and Journal of Taiwan Bioethics.