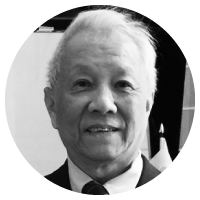 Professor Ovid J. L. Tzeng is the chancellor of University System of Taiwan(UST) and a distinguished research fellow and an Academician of Academia Sinica. He was the Minister of Education, the Minister Without Portfolio, and the Minister of Council for Cultural Affairs. He is an outstanding researcher in cognitive neuroscience and neurolinguistics and an experienced administer in academic institutions, He is a member of the Board of Directors of Haskins Laboratories in the U.S. and an advisory board member of the ARC Centre of Excellence in Cognition and its Disorders in Australia.

He has established UST to oversee and integrate the research and teaching developments of Taiwan’s four top research universities, namely, Central-, Chiao Tung-, Tsing Hua- and Yang-Ming Universities and has been the Chancellor of the System since 2012. Prior to the Chancellorship, he was the Vice President of the Academia Sinica in Taiwan, in charge of International Scholarly Exchange Program as well the developments of Taiwan’s International Graduate Program (TIGP). He not only created the TIGP, but also made sure that the program should serve students from developing countries. Currently, 408 students from more than 43 countries enrolled in the program. He has long been concerned with the devastating consequences of unequal opportunities for access reading education among societies. He notices that knowledge-divide leads to life-divide with the devastating consequence of vast difference in life expectancy among different countries, some 80 years old versus 40 yearsin others. In his view this difference reflects the collapse of humanity rather than just sheer number difference. He is currently a Executive member of the Committee on Human Rights of the NAS, NAE, and NAM, as well as a member of the UNESCO’s Inclusive Literacy Learning for All Project.

Professor Tzeng was named an Academician of the World Academy of Sciences(TWAS) in 2010 and European Academy of Sciences and Arts in 2017. He received the Distinguished Alumnus Award from the Pennsylvania State University in the U. S.A. and the First-class Professional Education-Culture Medal from the Ministry of Education in 2011 and 2012, respectively.