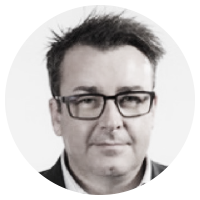 Dr Paul Taylor is the Director Research Integrity, Governance and Systems at RMIT. Paul has worked in research management for about 15 years, and started after completing a PhD in microbiology. Paul is Co-Chair for the upcoming 6th World Conference for Research Integrity in Hong Kong, 2019, and has been involved in planning for WCRIs since the 4th conference in Rio de Janeiro. He has developed and delivered a range of training and education programs nationally and internationally. Paul is also a member of the committee reviewing the Australian Code for the Responsible Conduct of Research, and was involved in producing the CLUE report on institutional engagement with publishers. Paul is also Chief Investigator on a project to develop Guiding Principles for Research Integrity for APEC economies. He believes that research integrity matters to everyone, and is trying to convince everyone that this is true!

From a responsible research perspective, the most obvious change has been the introduction of Research Integrity advisors (RIAs).  The role of RIAs is to provide advice to members of the research community who have concerns about the conduct of research.  In some institutions they also play a role in promoting responsible research conduct.  Research Integrity Advisors are an interesting model but there are some considerations to make in by selecting suitable people and providing training to ensure currency of knowledge.

The absence of public or open reporting of research misconduct findings makes it difficult to judge whether this variation has any impact on the integrity of Australian research.

The Australian code is currently under revision.  A public consultation version of the revised code removed the definition of researchers conduct.  This generated some concern and some view this as a way to sweep research misconduct under the carpet.  An alternative view is that by focusing on breeches of responsible conduct, rather than extreme max that meet a particular definition of research misconduct, Australian universities will need to consider a broader range of lapses of research integrity and inside doing increase the trustworthiness and honesty of Australian research.