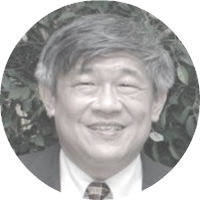 Prasit Palittapongarnpim received his M.D. (1st class honor) from Faculty of Medicine Ramathibodi Hospital, Mahidol University. After getting the Certificate of Proficiency in Pediatrics from Chiangmai University, he undertook postdoctoral training at the Department of Microbiology and Infectious Diseases, University of Alberta, Canada. He also earned B.Sc. in both Medical Sciences and Mathematics.

His main scientific interest is on molecular biology, epidemiology and genomics of Mycobacterium. He has contributed to the development of genotyping tools of M. tuberculosis, and molecular epidemiology of the bacterium. He also works on antituberculous drug discovery and led the Tuberculosis Research Laboratory, jointly hosted by Mahidol University and the National Center for Genetic Engineering and Biotechnology (BIOTEC), NSTDA. He has supervised about 20 graduate students, published more than 60 original research articles, and obtained 3 patents. He is personally involved in  a few international projects funded by US-NIH, Canada-IDRC and Japan-AMED.

He currently serves as an Executive VP of NSTDA, overseeing management of research, international collaboration, and, research integrity and quality. He also serves as an executive committee in several government institutes; National Vaccine Institute, and National Vaccine Policy Committee, Thailand Excellent Center for Life Sciences and Thailand Research Fund. He was a Deputy Director of the BIOTEC, and Vice President of Mahidol University, an executive board member of National Institute of Metrology and Faculty of Medicine, Thammasat University and a subcommittee for Examining the Clinical Proficiency of the Thai Medical Council. He served several times as a temporary advisor for WHO. He organized the First International Conference on Bioinformatics (INCOB), currently the official conference of APBIONET. He was an Executive Committee of Asia Pacific Emerging Infectious Disease Research Network (APEIR).

The Progress towards Research Reproducibility in Thailand

Thailand is a middle income country which intends to move forward in economic and technological development, with intention to substantial increase in research budget. To mitigate the risk of research misconduct, the National Science and Technology Development Agency has established the Office of Research Integrity and Division of Research Quality Management to handle the research misconduct cases and promoting various research quality processes.  A preliminary survey suggested plagiarism, especially the self-plagiarism, poor experimental record keeping, and lack of good data management systems, as initial target areas of improvement. Lack of a general standard of authorship agreement, an emphasis on number of publications in performance appraisal and the general practices of awarding publications are also of concern. Investigation of a few potential misconduct cases indicated that raising the awareness of the problems and the understanding of good practice protocols are urgently needed.  Thai scientific community is in the early stage of development and is progressing to ensure research integrity.