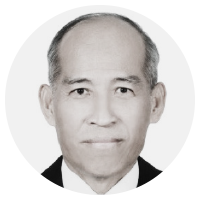 Professor Lin has been appointed as Vice Chancellor of University System of Taiwan as well as the Specialist Professor pertaining to National Tsing Hua University (NTHU) as of 2015. After receiving the Bachelor and Master degree in History from National Taiwan University in 1978, Prof. Lin has been engaged in journalism till now. Long been equipped with robustly and fruitfully practical experience in journalism, Prof. Lin had taken the role as the President of China Television Company, Chair of China Times, Deputy Director of World Association of Chinese, Chair of China Times, and among other prominent positions in journalism in his career. By well exploiting his salient expertise in journalism industry, Prof. Lin has instructed News Writing and Reporting, Social Media Market and other pertinent curriculum in Shih Hsin University, National Taiwan University, and National Tsing Hua University. Meanwhile, solicitous about the environment of Taiwan, Prof. Lin has given long-term attention to river conservation in particular, showing his affection for the land of Taiwan. He will take the local lead role in the organization of APRI 2017 to be held in Taipei.