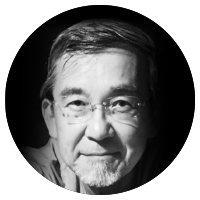 Iekuni Ichikawa
Association for the Promotion of Research Integrity, Japan

Iekuni Ichikawa graduated from Keio University School of Medicine, Japan in 1972. After his pediatric residency, he began his nephrology fellowship training at the University of California, San Francisco, and completed it at Harvard Medical School. He remained at Harvard and the Children’s Hospital as an instructor in medicine and then an associate professor of pediatrics until he moved to Vanderbilt University as the Head of the Division of Pediatric Nephrology. In 1999, he served as a professor of pediatrics, then professor of bioethics, at Tokai University, Japan. Ichikawa has been involved as a member of the Collaborative Institutional Training Initiative (CITI) program since its early stage. By 2007, he established the Japanese version of the CITI Program.

Ichikawa’s research interest includes the elucidation of mechanisms underlying the progression of kidney diseases. This line of his study was supported by NIH as the only single-standing Center of Excellence in Pediatric Nephrology and Urology for 10 years. Ichikawa’s human and animal genome research centers around “congenital anomalies of the kidney and urinary tract” or “CAKUT”, a term coined by him, which is now widely accepted to include a wide spectrum of anomalies of the urinary tract as a single disease entity. His most recent research and teaching interest focuses on the promotion of research integrity.

Ichikawa currently assumes the positions of the Executive Director, the Association for the Promotion of Research Integrity (APRIN), and the Chair, the Research Ethics Committee, the Japanese Medical Science Federation. Both of these organizations have been founded, governed and supported by researchers. His current title also includes Project Professor, Shinshu University School of Medicine, Emeritus Professor of Pediatrics, Vanderbilt University, and Attending Physician, Harmony Clinic.

Shortly before his presidential inauguration, when US was suffering from influenza (SARS) pandemic, Barak Obama made a public plea through TV, saying it is each citizen’s “social responsibility” to take vaccine.  Mass vaccination suppresses pandemic, thereby protecting each individual, including the most vulnerable people, such as newborns.

As an effective measure to prevent medical malpractice causing serious injuries, it is now a mandatory practice for all medical personnel to take a series of educational courses to learn the standard safety procedures, so that they can minimize the chance of errors that are inevitable by one person alone.

Analogous to these, researchers are responsible for the quality not only of their own research, but also of other researchers’, through learning the standard ethical procedures in research, providing critical and constructive review on other researchers’ manuscripts and grant proposals, or participating in creating research ethics guidelines.  Researchers are the only ones who have the capability to do any of these.

Recognizing these social responsibilities is the foundation for researchers to participate in the research ethics education as learners or teachers.